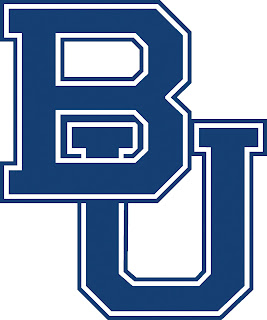 Brescia University Head Women’s Basketball Coach, John Swickrath, will coach in his bare feet on Saturday, January 15, 2011 at home against St. Mary of the Woods College. The game starts at 1PM at the Sportscenter.

The Barefoot for Barefeet Coaches Initiative was conceived in 2007, when IUPUI Coach Ron Hunter coached a game in his barefeet to raise awareness for the plight of impoverished children who suffer needlessly from foot-borne diseases and infections due to a lack of shoes. This year, Coach Swickrath will join Coach Hunter and over 1,000 other coaches across the country by going barefoot to raise funding to put 1,000,000 pairs of shoes on the feet of children through Samaritan’s Feet.
During the game, announcements will be made and posters at the stadium will encourage fans to donate.

Fans attending the game can text the word “shoes” to 85944 and a one-time gift of $10will be added to their next month’s bill and an impoverished child will be given a new pair of athletic shoes.

History
In November of 2007, Samaritan’s Feet asked Ron Hunter, a college basketball coach, to take off his shoes and socks to raise 40,000 pairs of shoes and draw awareness to the world-wide issue of 300 million children without shoes.

Coach Hunter said yes and embraced the goal of 40,000 pairs of shoes that he wanted donated by January 24th. In less than six weeks, Coach Hunter and Samaritan’s Feet had raised over 140,000 pairs of shoes and over $30,000. Over 439 media outlets covered the story before and after he coached the game, including, ABC World News Tonight, CNN, ESPN, Sports Illustrated, USA Today, LA Times and many more. He also personally delivered the shoes with his team to Lima, Peru in August.

Coach Swickrath and other coaches around the country are joining Coach Hunter by going barefoot during a game and using their platforms as coaches to help Samaritan’s Feet reach the goal of distributing 10 million pairs of shoes to 10 million people in 10 years.

About Samaritan’s Feet
There are over 300 million children who go without shoes every day. It’s their only mode of transportation. That’s why Samaritan’s Feet was started.

It was started in 2003 by President and Founder, Manny Ohonme. Manny received his first pair of shoes at the age of 9 from a missionary. He started playing basketball and other sports with these new pair of shoes. He earned a spot on a traveling basketball team and eventually his high school team. Upon graduating high school, he was offered a scholarship to play basketball at University of North Dakota (Lake Region) where he received his Bachelor’s and Master’s Degrees.

Manny spent ten years in the marketing and logistics business before he started Samaritan’s Feet to help children and pay it forward to what he was given-a pair of shoes that gave him hope.

Samaritan’s Feet, based in Charlotte, NC, is a humanitarian non-profit relief organization dedicated to taking a life-changing message of hope and equipping the feet of impoverished children in the US and around the world with shoes. The focus is on children from Africa, South America, the Caribbean and the US.