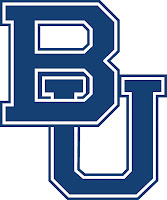 Brescia University head basketball coach, Joe Pechota, will coach in his bare feet on November 9, 2010 at home against Georgetown College. The game begins at 7 pm at the Sportscenter.

The Barefoot for Barefeet Coaches Initiative was conceived in 2007, when IUPUI Coach Ron Hunter coached a game in his bare feet to raise awareness for the plight of impoverished children who suffer needlessly from foot-borne diseases and infections due to a lack of shoes. This year, Coach Pechota will join Coach Hunter and over 1,000 other coaches across the country by going barefoot to raise funding to put 1,000,000 pairs of shoes on the feet of children through Samaritan’s Feet.

During the game, announcements will be made and posters at the stadium will encourage fans to donate. Fans attending the game can text the word “shoes” to 85944 and a one-time gift of $10 will be added to their next month’s bill and an impoverished child will be given a new pair of athletic shoes.

“I think this is a tremendous opportunity for both Brescia University and the community of Owensboro to get involved with an amazing organization,” said Coach Pechota. “The city of Owensboro is passionate about basketball and on Tuesday night we can take that passion to impact the lives of people in ways they never could have imagined, simply by donating money for a pair of shoes.”