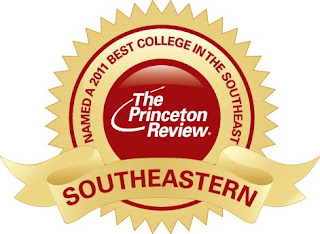 For the fourth year in a row, Brescia University was named as one of the best colleges and universities in the Southeast according to The Princeton Review. The New York City-based education services company selected the school as one of 133 institutions it recommends in its “Best in the Southeast” section on its website feature “2011 Best Colleges: Region by Region.”

The Princeton Review selects colleges and universities based on institutional data, visits to the campuses, opinions of high school college advisors, and information received from a survey given to current Brescia students.

The United States has 2,500 four-year colleges. Only 623 of them were named “regional best(s).” The Princeton Review (http://www.princetonreview.com/) is a New York-based company known for its test preparation courses, books, and college admission and other education services. It is not affiliated with Princeton University and it is not a magazine.